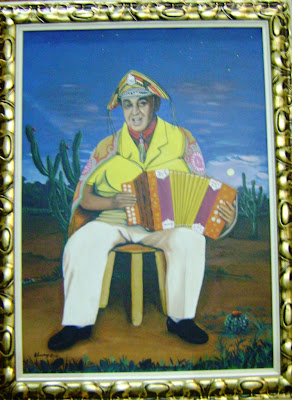 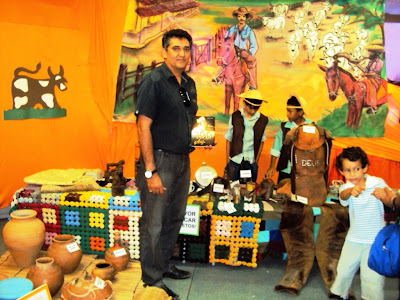 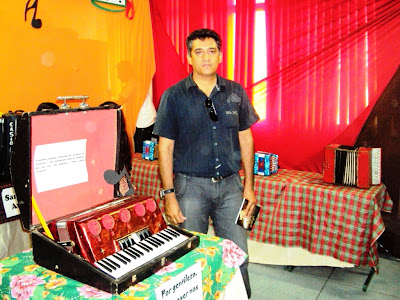 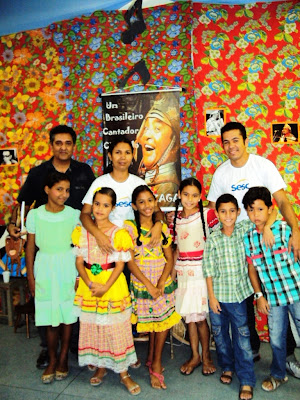 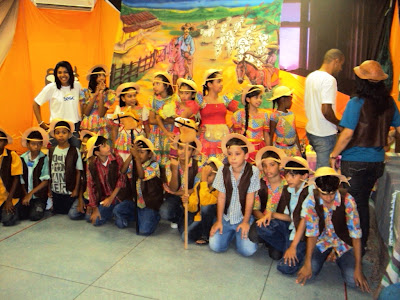 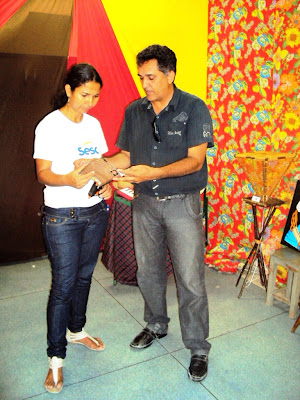 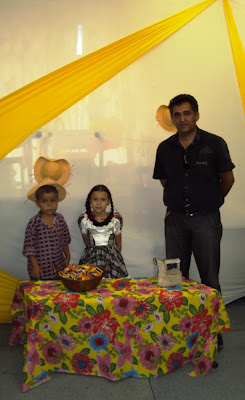 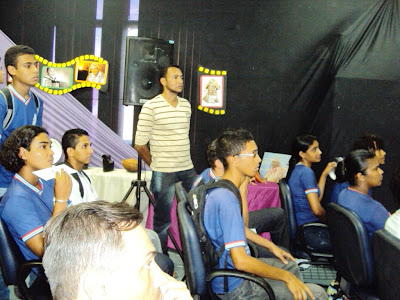 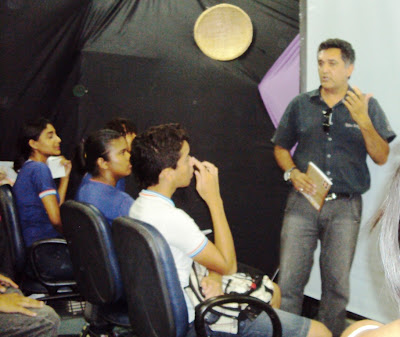 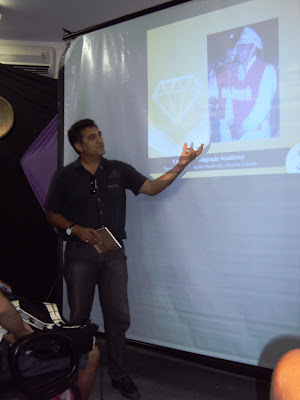 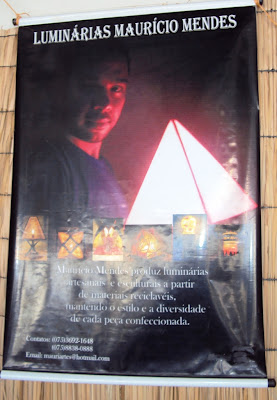 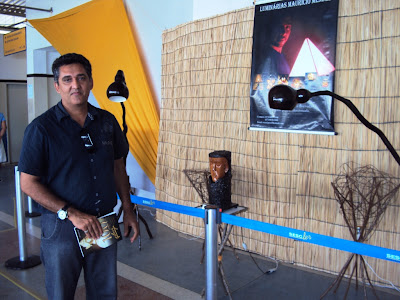 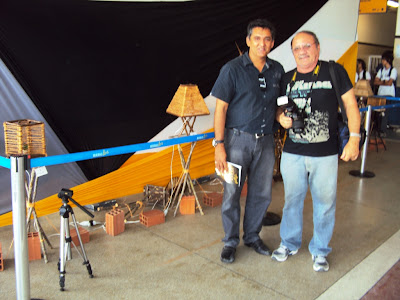 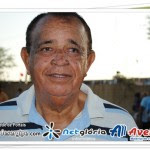 “…the jagunços then collected all the corpses that were lying here and there, decapitated them, and burned the bodies; after which they lined the heads up along both sides of the highway, at regular intervals, with the faces turned toward the road., as if keeping guard. Above these, from the tallest shrubbery, they suspended the remains of the uniforms and equipment, the trousers and multicolored dolmans, the saddles, belts, red-striped kepis, the capes, blankets, canteens, and knapsacks.

“The barren, withered caatinga now blossomed forth with an extravagant-colored flora: the bright red of officers’ stripes, the pale blue of dolmans, set off by the brilliant gleam of shoulder straps and swaying stirrups. 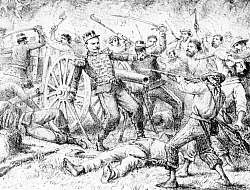 The fight in the backlands of Bahia – http://www.saojoseonline.com.br

“There is one painful detail that must be added to complete this cruel picture: at one side of the road, impaled on a dried angico[31] bough, loomed the body of Colonel Tamarindo.

“It was a horrible sight. Like a terribly macabre manikin, the drooping corpse, arms and legs swaying in the wind as it hung from the flexible, bending branch, in these desert regions took on the appearance of some demoniac vision. It remained there for a long time.

“And when, three months later, a fresh expeditionary force set out for Canudos, this was the scene that greeted their eyes: rows of skulls bleaching along the roadside, with the shreds of one-time uniforms stuck up on the tree branches round about, while over at one side — mute protagonist of a formidable drama — was the dangling specter of the old colonel.”[32]

While in the sertão the epic deeds of Canudos were sung in poems where the undertakings became legendary, in the capital the government was not able to figure it out: Canudos was an impoverished village, not even on the map, and yet it had managed to be a match for entire regiments, putting them in check. The state resorted to inventing tales of political conspiracies, but began to seriously worry. It feared that little known sertão from which men armed for revenge emerged from every province converging on Canudos to join the fight. The university student Euclydes da Cunha wrote about this: “the jagunço… could do only what he did do — that is, combat and combat in a terrible fashion, the nation which, having cast him off for three centuries almost, suddenly sought to raise him to our own state of enlightenment at the point of the bayonet, revealing to him the brilliancy of our civilization in the blinding flash of cannons.”[33]

The resolute men of the sertão had found the place for their struggle: a village of huts with the appearance of a citadel. The state was forced to face the mute and tenacious hostility of those who knew quite well what the nation demanded of them: submission and resignation. Being neither submissive nor resigned, they would not allow themselves to be dominated.
In social war, the principle of war that postulates the annihilation of the enemy knows its most complete application, its conclusion, if you will. What is at stake in wars between nations is complex. It is essentially political, as is the stake in wars of national liberation. It doesn’t necessarily require the annihilation of the enemy. Rather it aims to impose a political will on one’s adversary and to thus create through the tools of war the conditions for negotiating with him. In this case, war is the continuation of politics by other means, as Carl von Klauswitz noted. In the other case, it demands the total and definitive destruction of the enemy. What is at stake is social: the suppression or the maintenance of servitude. There is no middle course. 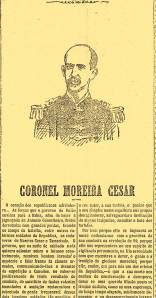 For the insurgent, it is a matter of putting an end to his slavery and there is no compromise possible on such an essential matter. For the master, it is a matter of safeguarding his social position, his privileges, and his status. No consideration external to the war itself is thus able to impede and moderate its violence. It is war in the pure, original state; it is what it originally was, pure negativity.

In a dangerous situation like social war, errors due to hesitation, vacillation and kind-heartedness are precisely the worst of things. Every consideration external to the purpose of the war, the total defeat of the enemy, would be fatal.

Since the use of physical force in one’s interests does not, in fact, exclude the cooperation of intelligence, those who ruthlessly avail themselves of this force without backing away in the face of any bloodshed, any moral restriction will have an advantage over their enemy, if the latter does not act on the same basis.

Violence, or rather physical violence (since moral violence does not exist outside of the concept of the State and Law, whose violence is that of the victor that imposes its will) thus forms the means. The end is overthrowing the enemy.

Social war is absolute brutality that does not tolerate weakness. Ignoring this element because of the repugnance it inspires would be a waste of energy, not to mention a mistake. Showing indecision at a certain point in relation to the predetermined aim means leaving the initiative to the enemy, a mistake for which one will pay quite dearly.

There can be no negotiation. Peace is either the return to slavery or the end of slavery. Whichever it is, it is the destruction of one of two possibilities. 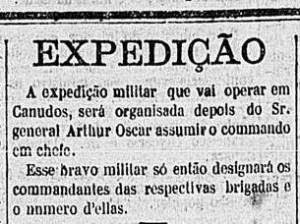 On April 5, 1897, General Arthur Oscar organized the forces for the fourth expedition: six brigades in two columns. Battalions were conscripted from throughout the land, for national unity, the sacred union against the internal enemy.

The two columns were supposed to converge on Canudos. The one commanded by Arthur Oscar would go by the Monte-Santo road, while the other, under the command of Savaget, would pass through Jeremoabo, coming together to launch the attack at the end of June. But as they neared Canudos, both encountered some difficulties. Savaget’s column was attacked twice between Cocorobó and Canudos. The losses were heavy, and the general was wounded. “As always, the sertanejos were taking the edge off victory by unaccountably rising up again from the havoc of a lost battle. Beaten, they did not permit themselves to be dislodged. Dislodged at all points, they found shelter elsewhere, at once conquered and menacing, fleeing and slaying as they fled in the manner of the Parthians[34].”[35]

Things got even more serious for General Arthur Oscar, who had reached the peak of Favela that overlooked the village. After a rapid victory to conquer the position, he found himself a prisoner, besieged by those he had just beaten. He had to request aid from the Savaget column. On July 1, the jagunços attacked the encampments, and some tried to reach the “Killer”, the siege cannon (a Witworth 32) that bombed Canudos. They didn’t manage to do this.

The army found itself in a critical situation. Cut off from its supplies, it could neither advance nor retreat. “At the same time the rifle fire all around made it plain to all that this was in truth a siege to which they were being subjected, even though the enemies’ lines in the form of numerous trenches were spread out laxly, in an undefined radius, over the slopes of the hill… The bold and unvarying tactics of the jagunços were nowhere more clearly revealed than in the resistance which he offered even while retreating, as he sought every means of shelter which the terrain afforded… On the one hand were men equipped for war by all the resources of modern industry, materially strong and brutal, as from the mouths of their cannons they hurled tons of steel on the rebels; and on the other hand, were these rude warriors who opposed to all this the masterly stratagems of the backwoodsman. The latter willingly gave their antagonists his meaningless victories, which served merely as a lure; but even as the ‘victor’, after having paved with lead the soil of the caatingas, was unfurling his banners and awakening the desert echoes with his drumbeats, they, not possessing these refinements of civilization, kept time to triumphal hymns with the whines of bullets from their shotguns.”[36]

Two weeks later, supplies managed to arrive and the troops launched an attack on the village. They were defeated with considerable losses. In the army and the government, there was dismay. 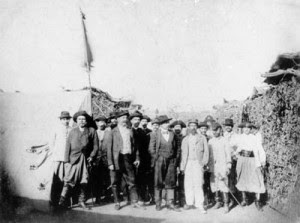 A new brigade, the Girard brigade, was hastily formed in Queimadas, consisting of one thousand forty-two soldiers and sixty-eight officers. It set off on August 3 to supply Arthur Oscar’s army with men and provisions. On the 15th it was attacked and lost ninety-one blockheads, for which it earned the mocking epithet, the nice brigade.

The government now understood that it was no longer a question of making an assault against a village, but of organizing a genuine military campaign of several weeks, if not several months, with the aim of completely surrounding it. It understood that the war would be long and hard and that it needed to supply itself with the necessary tools.

Marshall Bittencourt was put in charge of the campaign. Two supplementary brigades arrived from Bahia and formed a division. A regular convoy service for Monte-Santo was organized. The army no longer risked being cut off from its rear and could thus be installed in a trench war. The long strangulation of Canudos had begun.

On September 7, Calumby road was opened, allowing the siege to come together. 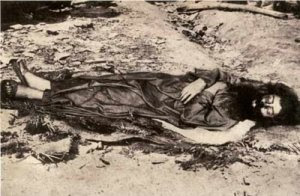 The fighting resumed more fiercely around Canudos. The inhabitants discovered the spirit of initiative. With an astonishing outflanking maneuver, the skirmishes reached all the enemy’s positions, striking the entire front line, trench by trench.

At a single stroke, they unexpectedly got past every point of the front. They were beaten and driven back. Then they launched themselves against the nearest trenches. Again beaten and pushed back, they directed themselves against those that followed and went on this way. Even though unsuccessful, their assaults were unremitting, forming an immense ring-around-the-rosy dance before the troops.

“Those who, only the day before, had looked with disdain upon this adversary burrowing in his mud huts, were now filled with astonishment, and as in the evil days of old, but still more intensely now, they felt the sudden strangling grip of fear. No more displays of foolhardy courage. An order was issued that the bugles should no longer be sounded, the only feasible call to arms being that which the foe himself so eloquently gave…
“In short, the situation had suddenly become unnatural…

“The battle was feverishly approaching a decisive climax, one that was to put an end to the conflict. Yet this stupendous show of resistance on the part of the enemy made cowards of the victors.”[37] 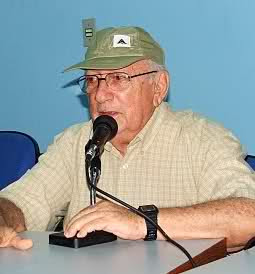 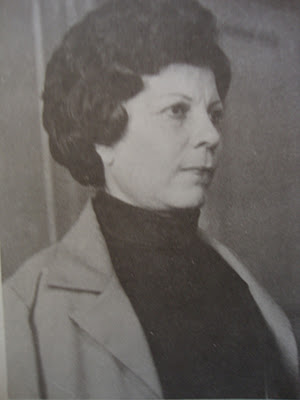 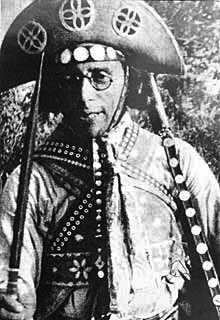 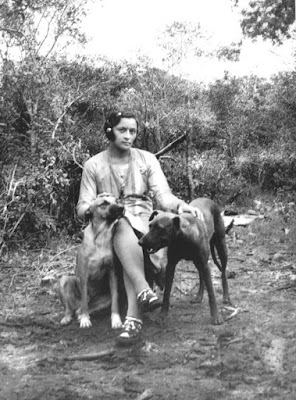 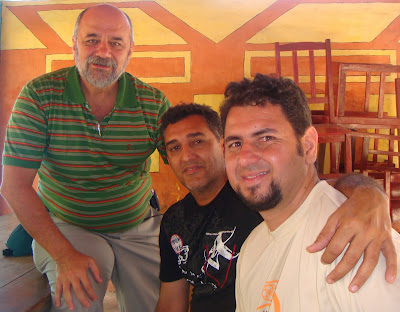