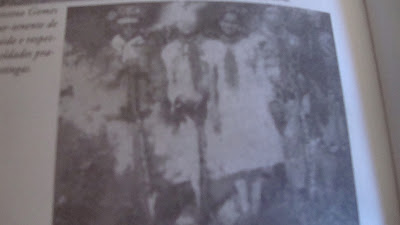 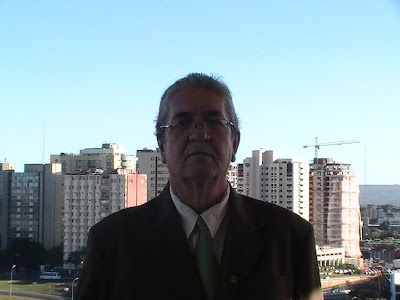 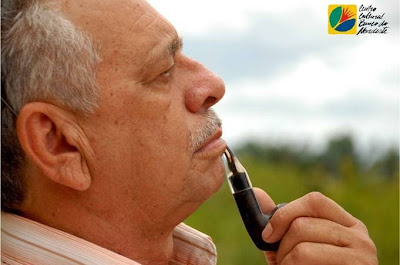 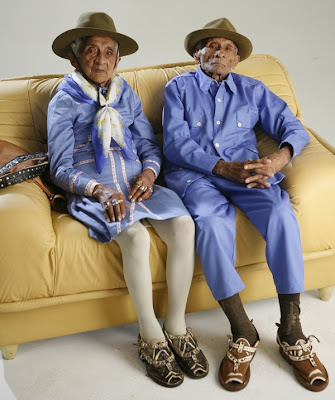 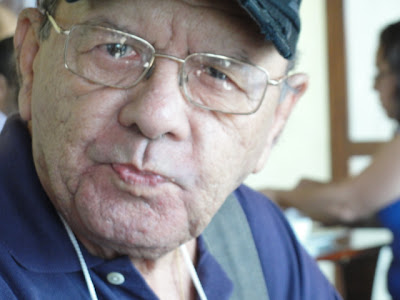 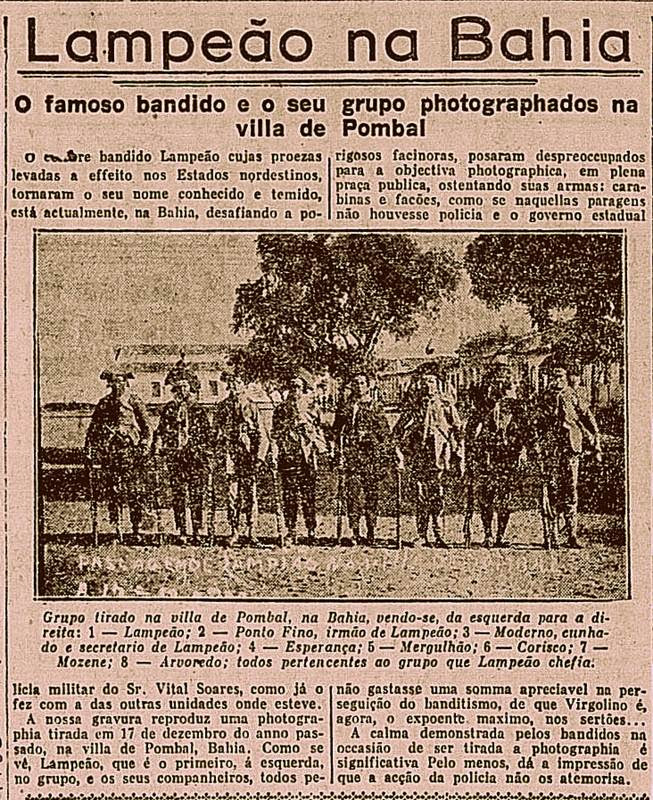 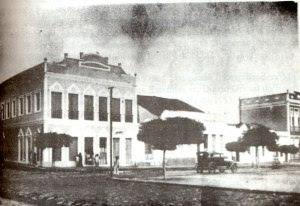 Photo from the 1920s, showing the center of Juazeiro in the state of Ceará – http://www.cidadejua.com

In 1889, when the Republic was proclaimed, Padre Cicero reacted in his way by carrying out his first miracles, which consolidated his position and prestige. The republican state didn’t dare to provoke hostilities and tolerated this movement that criticized the bourgeois spirit without criticizing the state. Pilgrims became increasingly numerous. Many settled in the holy city of Juazeiro where they found protection with the “little father”. The Church was disturbed by this and tried to put an end to the turbulence which it considered dangerous. It ordered Padre Cicero not to say mass or preach anymore, but it could not force him to leave Juazeiro. It was afraid that his followers would mobilize to defend him, something that must be avoided at all costs.

Padre Cicero had allies among local political leaders. His prestige, his influence, the progressive electoral force he had available to him, pushed him to strengthen his growing political authority by getting himself elected as municipal prefect. 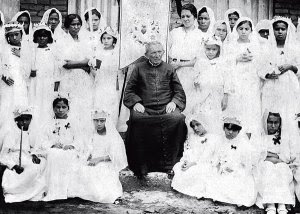 Here we see an elderly priest Cicero among its followers – http://www.terra.com.br

In 1914, the victory of enemies made his relations with the provincial government difficult. The “little father” then called his followers to holy war against the provincial government that represented the Antichrist. God wanted it to be overthrown so that perfect happiness without shadow could reign on earth. These incitements to struggle caused troops to be sent against the New Jerusalem. But unlike the Counselor, Father Cicero enjoyed important political support in the capital of Brazil; and besides, above all, this insurrection was limited to political goals and didn’t have the ambition of overthrowing the constituted order. The prophet’s followers, with federal complicity, triumphed over the forces deployed against them and placed the provincial capital under siege, putting the governor to flight. The victorious Padre Cicero officially became the vice-governor of the state of Ceara. 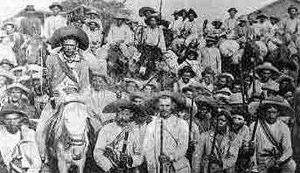 In the picture we see men who fought the forces of Father Cicero, against the troops of the governor of the state of Ceará in 1914 – http://pt.wikipedia.org

In a world shattered by the continuous warfare that raged among the great families and for which the poor unfailingly paid the price, Father Cicero could institute a more peaceful society, thus improving the tragic situation of those who had nothing. He was able to do so, because he spoke in the name of the highest authority, divine authority. In this way, he put himself above the fray, beyond the local quarrels, the only way to be heard by all. In a world increasingly dominated by selfish interests, only religion could unite, at least in appearance, what was separated in deed. In sermons, Father Cicero reproached the “small” and the “great”, because they did not live according to the divine laws of charity, mutual aid and the forgiveness of offenses. He was thus able to put an end, at least temporarily, to the hostilities between families, to blot out discord, to renew alliances, to become the arbitrator of disputes, the indisputable and undisputed master of the region, the “little father”.

His movement had a conscious function of social reform. The followers made donations to the messiah that served to form a common fund to provide for the needs of the sick, widows and orphans, to buy land, to finance enterprises (Juazeiro, a small hamlet in 1870, would become the second city of the province under the stimulus of the prophet, with 70,000 in habitants). But it also had a guardian ship function for the existing system: the ideal of fraternity and equality was rigorously understood as fraternity and equality in faith and before god.

When Canudos defended its freedom with arms in 1896–1897, some men left Juazeiro to go to the aid of the commune of Monte-Santo, but the entire city didn’t rise up. And yet, at that time, an insurrection in Juazeiro would have absolutely meant the greatest danger for the Republic, which furthermore was very careful not to challenge it. The state would have found itself forced to conduct a war on two fronts. Considering the tremendous difficulty that it encountered in getting the best of the rebels of Canudos, one could legitimately ask what it would have been able to do in the face of an insurrection of the entire northeast, a thing that would certainly have happened if the movement in Juazeiro had committed itself to that struggle.

In the final analysis, in a period disturbed by increasingly bitter rivalry between particular interests, Father Cicero brought social peace. This allowed the poor of the region, along with those who came from the coast, to breathe, to relax and to rediscover with him, if not the hope of a new life, at least that of a better life. 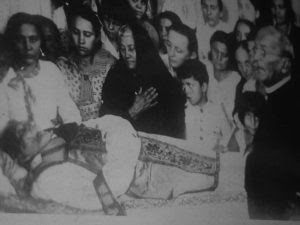 After his death in 1934, various messianic movements developed in the sertão. Most of them were immediately stopped by the action of the local authorities, unless they learned to follow the example of Father Cicero and come to terms with the politicians of the region. This was the case of Pedro Batista de Silva’s movement in Bahia. He succeeded in making the Santa Brígida precinct, where he established his messianic community and over which he ruled with uncontested authority, rise in the ranks of city hall.

This was not the case of the blessed Lourenço’s movement, which lasted from 1934 to 1938 and ended tragically.

In the image of the “warrior saint” Antonio Conselheiro, the blessed Lourenço founded a colony similar to Canudos in the plain of Araripe, also fully within the sertão. Here again, the poor who no longer wanted to submit to being slaves occupied the land, establishing a kind of primitive communism, a phalanstery. Everything produced was held in common. This scandalous practice that openly challenged the big property owners by violating or, worse, ignoring the laws of private property (sacred laws that established the social authority of the possessors) would rouse the almost immediate reaction of the united forces of the constituted order. Thesertanejos took up arms, scythes against cannons as in Canudos, resisting to the death. They were all slaughtered after a fierce and relentless battle, but it was too unequal. After a short time, the law of the Republic again ruled over the sertão. 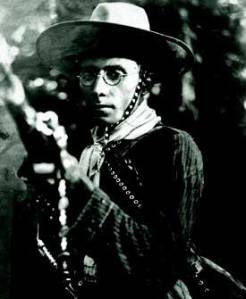 In 1938, the blessed Lourenço’s movement ended in a bloodbath. It was the last revolutionary messianic movement. On July 28 of the same year, Lampião was killed with some compadres at Angico. His death would be the death-blow inflicted on cangaceirismo. The police would easily manage to get the better of the last scattered, unsettled little groups that lacked protection or complicity. The slaughter would be brutal.

The cangaceiro was the social bandit of the northeast of Brazil and the cangaço was his band. The cangaceiro avenged himself for a humiliation, an injustice, for the blackmail imposed by a “colonel” or the police, for the murder of a relative. He then decided to exclude himself from society and go into hiding by uniting with an already existing band, a band that would allow him to survive through organized theft and escape the police forces that were hunting for him.

An avenger more than a righter of wrongs, the cangaceiro embodied generalized rebellion against the whole social order.

The cangaceiro bands that traveled around the northeast at the end of the 19th and the beginning of the 20th century stood side by side with the millenarian movements. In both equally, we find the same contempt for property and thus for the law, the same taste for wealth, the same generosity, the same challenge launched against the state and its cops, the same fierce determination, the same fighting spirit, the same fury. The boundary between the two was faint when not non-existent, and the passage in either direction was easy. We know of famous bandits, seduced by the prophecies of the Conselheiro, who participated in the founding of Canudos or rushed to defend it, bringing their skills and experience. Lampião thought so highly of Father Cicero’s movement that he always avoided the province of Ceará in the course of the raids.
In both cases, the same people were involved.

“From a very early age,” the university student Euclydes da Cunha wrote, “the inhabitant of the sertão regarded life from his turbulent viewpoint and understood that he was destined for a struggle without respite that urgently demanded the convergence of all his energies… always ready for a conflict where he wouldn’t be victorious, but he wouldn’t be conquered.” It probably wasn’t the nature of the northeast that molded the fierce character of these people; but they were truly indomitable people who preferred death to slavery. They were always quick to defend their freedom, the idea they had of man, a certain vision of wealth, with the greatest vigor and boldness. They stood against the entire world; and from all sides, they were destined to a struggle without respite that urgently demanded the convergence of all their energies, to a war in which they would not allow themselves to be conquered. 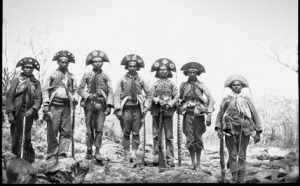 Millenarians or cangaceiros, they were cowhands, sharecroppers, mule drivers. They were part of the rural society that was continually threatened in its existence and substantially in its freedom. They had been produced by it. They not only found a real complicity in this society, but they also expressed its deepest aspirations.

United around a prophet through faith in the imminent arrival of the Millennium, through the same aspiration for a new life, the Brazilian millenarians formed a spiritual community that intended to organize itself in expectation of the final event, preparing for it. This messianic community did not have the ambition of realizing the Millennium itself, but it did already oppose the spirit of the existing world in a radical way by recognizing itself in the community of a future world. It carried within itself a positive social project that essentially remained religious; it formed the idea of a society not yet realized and whose realization did not belong to it. It was the premonition of this new society. 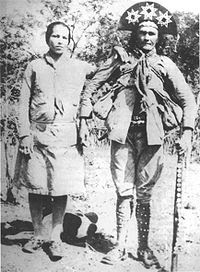