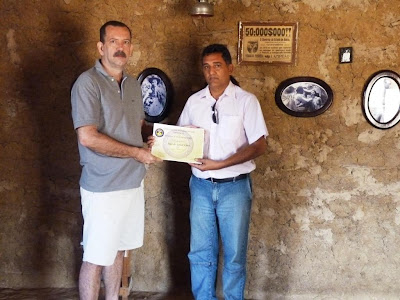 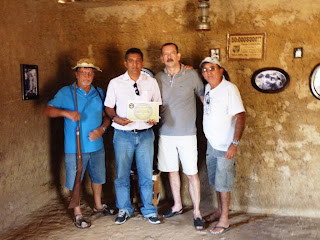 No Museu Casa de Maria Bonita a entrega do Diploma. 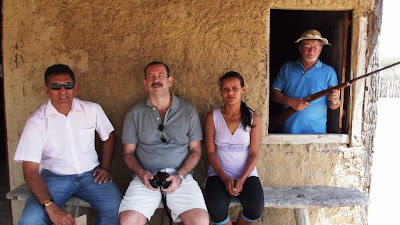 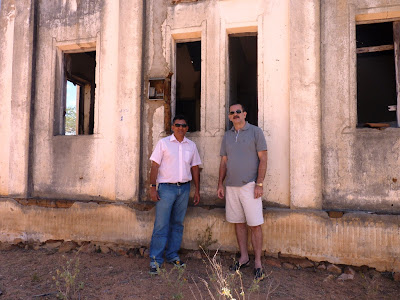 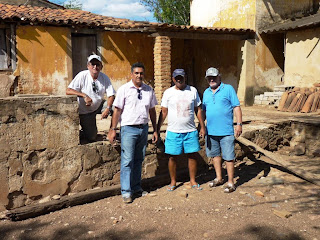 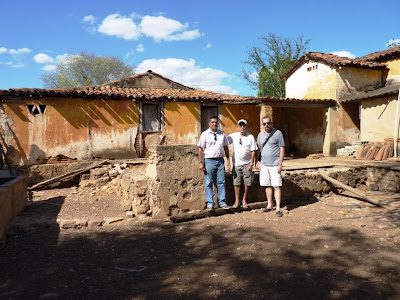 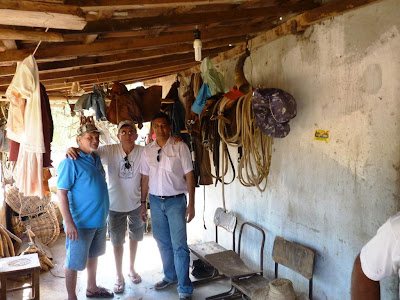 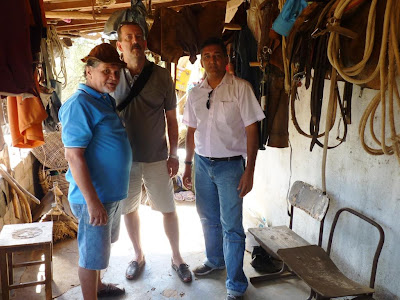 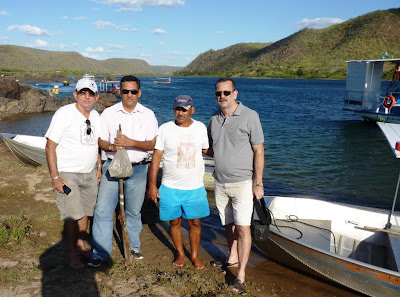 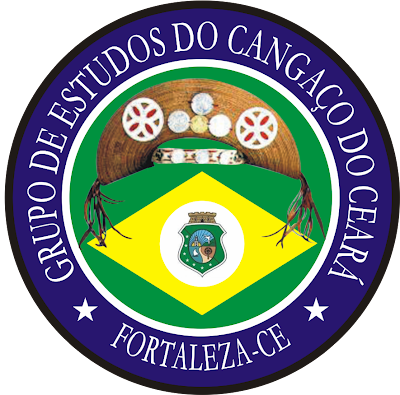 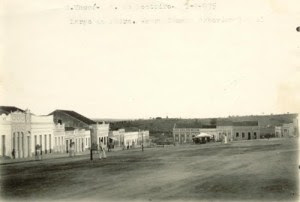 Typical city in northeastern Brazil during the first half of the twentieth century – http://caririnews2011.blogspot.com.br

At Carnaíba de Flores, he surrounded the city and delivered a threatening message: if the sum requested was not handed over, he would set fire to the village and slaughter everyone. The sum was considerable, but not excessive, and so the village notables immediately began to make a collection. But suddenly a very large, unexpected “flying squad” brigade appeared, and the cangaceiros, warned by their sentries, prudently withdrew. Afterwards, the band presented themselves again without warning, took the dialogue that had been interrupted a few months earlier back up and obtained satisfaction.

An episode that was well-known and widely talked about due to the rank of the victim was the attack against the fazenda of a very rich aristocrat, the baroness of Água Branca. Though he didn’t touch the jewelry the lady wore, Lampião plundered the rest, pins, rings, bracelets, necklaces, precious stones and other objects of gold, among which was a golden chain that he later gave to his partner Maria Bonita. She wore it until her death, after which it ended up in the pocket of some soldier or officer. 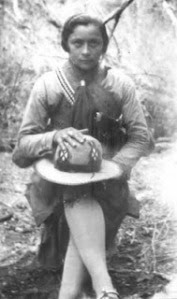 The Lampião partner, Maria Bonita. She died along the famous bandit in 1938 – http://memoriaesentimento.blogspot.com.br

Thus, Lampião unfailingly walked his road, devouring mile after mile of the sertão.[43]

In 1926, he met Father Cicero in the holy city of Juazeiro. Along with the title of captain, he received modern armaments and ammunition from the government. He was supposed to go fight the Prestes column (Luís Carlos Prestes would later become the secretary general of the Brazilian Communist Party) that had been formed following the failed coup d’etat of the democratic officers and that had undertaken a long march through Brazil. Lampião accepted the priest’s blessing, the title of captain and the arms, but took care not to attack the Prestes column, since he didn’t consider it his affair. 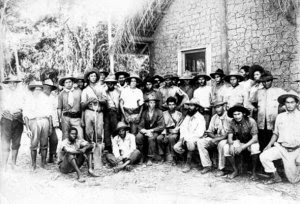 Photo of the leaders of the insurgent group known as “Prestes Column”. This group was led by the Brazilian Army captain Luís Carlos Prestes, who fought against the government structure that existed in Brazil in the latter half of the 1920s. http://rotadosolce.blogspot.com.br

In June 1927, Lampião set a course for an important city, Mossoró, which was even richer than the others, in the state of Rio Grande do Norte. He communicated that he demanded a high ransom. As his whole response, the prefect sent him a package containing one rifle shell. The “captain” was enraged. In one village, the cangaceiros threw a merchant onto the pavement, distributing his pieces of cloth to the poor. In others, they pulverized all that came within range. It was a technique of terror.

In the end, the cangaceiros divided into four groups and attacked the city. But Mossoró and its police expected them. Lampião underestimated the enemy and found himself at a disadvantage. Always a realist, he sounded the retreat and the one hundred fifty bandits fell back in perfect order. The loss was minor. The cangaceiros made neighboring cities pay dearly for the defeat. Lootings multiplied. But they didn’t linger in Rio Grande do Norte, which had a terrain that was hostile to them (extensive plains without mountains or forest). Furthermore, that adventure had at least brought them a large amount of loot. Therefore, Lampião coined a maxim: if there is more than one church in a city, it is best to leave it in peace. 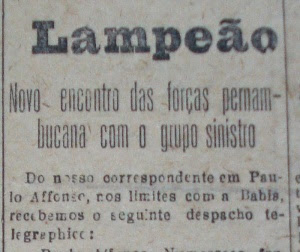 During more than twenty years of struggle, Lampião made ​​news in several newspapers, like this 1926

During the return journey to the state of Pernambuco, his most violent conflict with the police occurred; ninety-six cangaceiros against more than two hundred fifty macacos. Lampião, sure of his chances, launched himself furiously into a struggle that to all appearances should have been fatal to him. The men were divided into three groups, and the battle ended with the defeat of the state troops who, despite their machine gun, left more than twenty dead on the ground and carried away about thirty wounded. The losses on the side of the cangaceiros were minimal. Sometimes an act identical to a thousand others becomes a legend, but a witness has reported that he saw it with his own eyes.

So one passes from one year into another, from one state into another, recalling an adventure, a name, an anecdote or even a mere gesture.[44]
Terrifying and magnificent with their leather hats shaped like half moons and decorated with a profusion of medals, silver and gold coins, collar buttons, jewels, rings, in a barbaric and prestigious luxury.

The bandolier of the rifle also overflowed with an infinity of buttons and medals. Pistols and revolvers had holsters of worked and decorated leather, like the belts. Even their saddlebags were richly embellished. The unfailing sharp dagger, about twenty-five to thirty inches long, that was the accessory of the true cangaceiro was slid into its inlaid sheath. They were the incarnation of the mythical warrior, the Avenger. 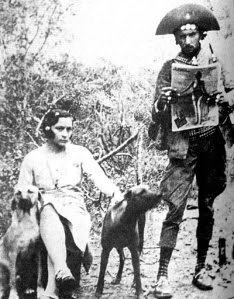 They arrived suddenly. They emerged from the desert, there where they were no longer expected, to vanish as if by magic into the endless expanse of the sertão. In the villages they passed through, they opened the doors of the prisons and the strongboxes of the rich. They seemed to possess the gift of ubiquity. Omnipresent, they escaped police forces as if by magic, the body impermeable to bullets, death and misfortune.

“He takes from the rich to give to the poor” — so it was said of the cangaceiro. In fact, the cangaceiros lived abundantly: always ready for battle, but dissipating the fruits of their robbery in feasts, richly decorated clothes, thousands of acts of generosity that they dispensed around themselves. With their behavior in the face of wealth, they were the exact opposite of the great local property owners. The wealth that the latter had accumulated, the cangaceiros distributed anew. The big landowners conceived of wealth only as private goods, which excluded others, impoverishing them. The cangaceiros, by consuming what they had taken, made everyone participants in the luxury. 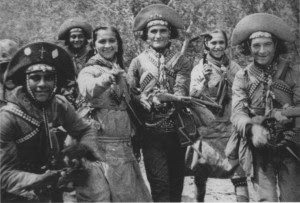 Other bandits who participated in the band of Lampião – http://blogdomendesemendes.blogspot.com.br

Whereas in the ancient “feudal system”, power came from conquest, now it is increasingly based on money. The cangaceiros represented the power that despises money. Expending their dough in purchases paid for without haggling, in banquets and in gifts was a question of honor for them.

If the state guaranteed the power of the “colonels” and the right to property, actually the right to exploit other people’s labor, the cangaceiros seemed to revive the tradition of the bandeirantes, whose great and tireless warrior caravans followed one another in the conquest of the northeast. “Far from the coast, where metropolitan decadence was found, the bandeirantes, profiting from extreme territories such as Pernambuco in Amazônia, seemed to belong to a different race due to their reckless courage and resistance to adversity.”[45]

While the “prestige” of the fazendeiro was based exclusively on exploitation, the cangaceiro rekindled the spirit of conquest. He had gained the money that he dispensed so generously by risking his life, robbing the rich and powerful who were loathed but feared by all.

In the 1930s, the state felt the necessity to reinforce its control over the entire northeast and to completely pacify that vast region far from central power. The reorganization of the police, the institution of checkpoints, the use of radio and telephone, the introduction of more efficient instruments, the development of roads and means of transportation; a vast apparatus was put into action to liquidate banditry. Repression intensified.

Not by chance, during the last years, Lampião remained hidden most of the time. The ranks had diminished. Ammunition had become increasingly dear and almost unfindable. Toward the end, only fifty-five men remained, and when any action was carried out, it almost always occurred in small groups. 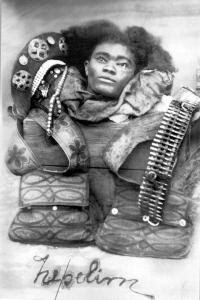 Cangaceiro known as “Zeppelin” and his fighting material. In this type of fighting in northeastern Brazil, it was normal for the police to cut the heads of cangaceiros and photographing. This macabre practice was used to present to senior officers and other authorities the result of the fighting.

Specifically, a betrayal caused Lampião’s end.
On July 28, 1938, he was poisoned in Angico, in the state of Sergipe, with some men and his partner Maria Bonita. His “compadre” Corisco’s revenge was terrible. He massacred the entire family of the traitor, who was enrolled directly in the military police.

Corisco’s history was that of all his comrades: revenge and flight. He had been drafted into the army and then deserted. Also a victim of injustice and abuse, he was furthermore humiliated to the point of being trampled by a police deputy. He entered the cangaço. He quickly became the best cangaceiro after Lampião. He managed to find the police who had humiliated again, took the deputy by the feet, ran him through, and inflicted a number of cuts on him with the dagger, making him bleed slowly like a pig. 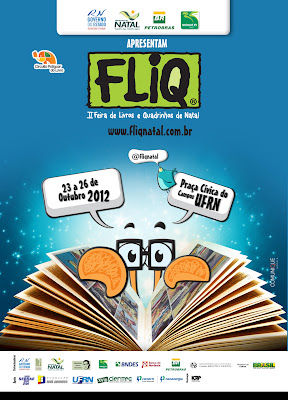 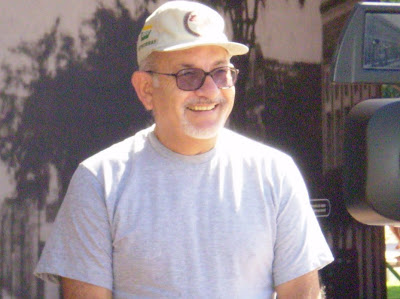 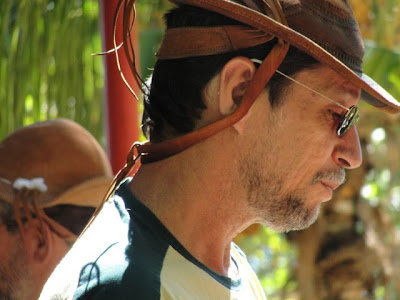 ...A lógica do vento 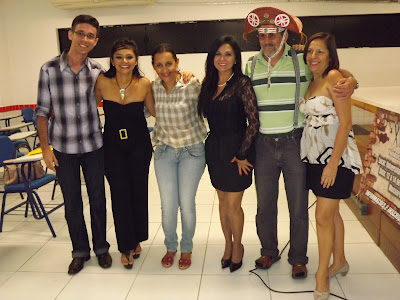 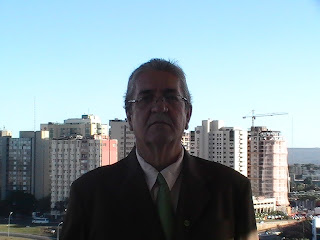